I have felt so good the last two weeks. I’d go as far as to say awesome. I had run my first two track workouts with my new team and run a good, first long run. Then I skipped the second long run to run a half marathon for fun. In the words of Miss Vivian in Pretty Woman, “Big mistake, big…Huge!” I have been ignoring pain in the ball of my foot since a walking in heels incident in NYC in October. Hmm, one marathon run on the discomfort and one half marathon later…OUCH. The pain hurt so bad on Sunday that there were a few tears.

Fast forward to Wednesday morning, I visit a great new ortho. He takes an xray, orders and MRI and says, “we are putting you in a boot until we rule out a sesamoid fracture. Really? Fracture? Ok, maybe not but either way a sesamoid fracture or sesamoiditis both completely stink. They take forever to heal, often require cortisone, and surgery can only make it worse. So here’s the deal, I’m supposed to rest.

(Well, hello my bootie friend, we meet again. I hate your guts.)

I know that if I get any comments to this at all, everyone is going to say to rest. But…I am part of a 5 person 50k relay next weekend and I really want to hold up my end of the deal. I have a half planned in April and I really want to kick a** in it. I can’t skip Clyde’s!! I have to drink beer at 9am with my crew.

But more than that, I was finally starting to feel like a runner again. And it has all come to a halt. Screechy as a screech owl. 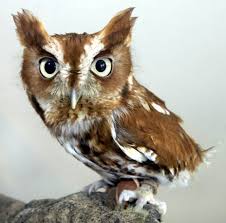 Anyone have a pool pass they don’t use????? More soon, my friends. More soon.

One thought on “Screeeeeching Halt.”